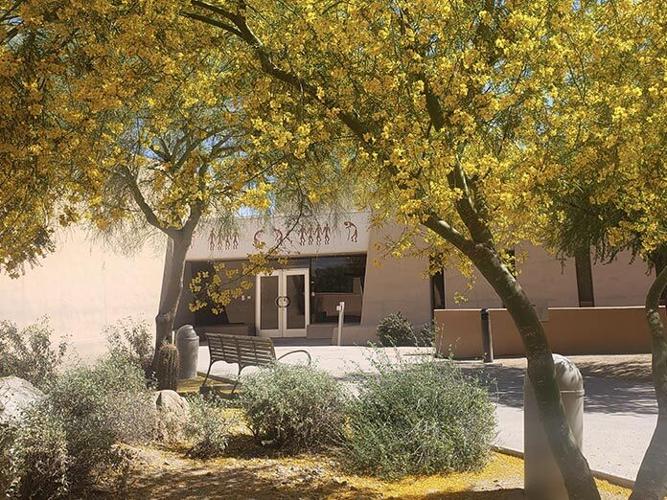 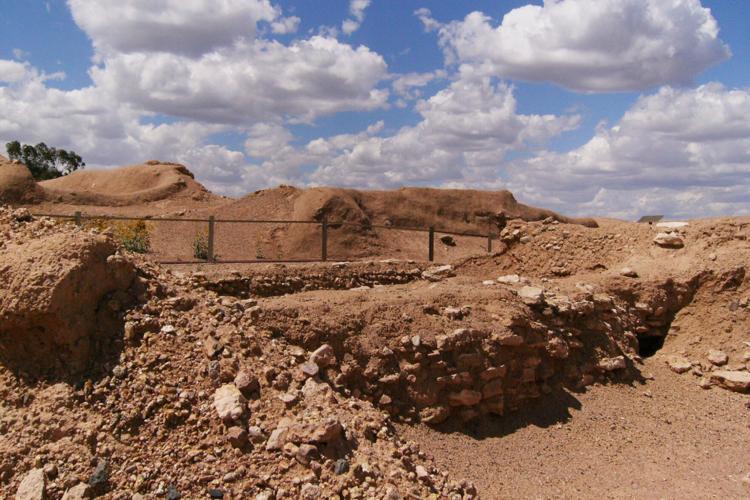 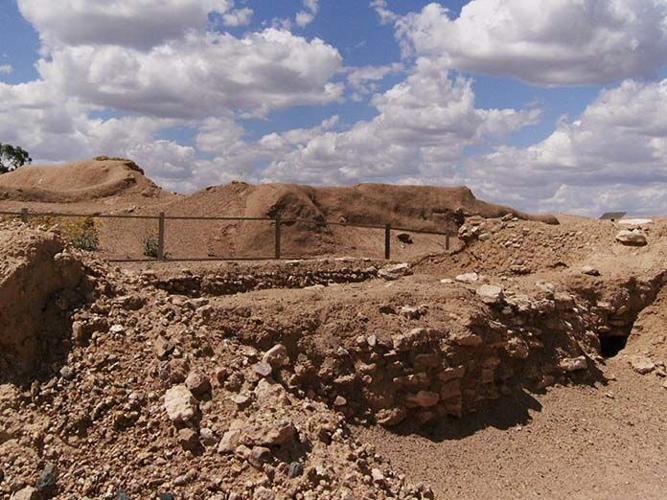 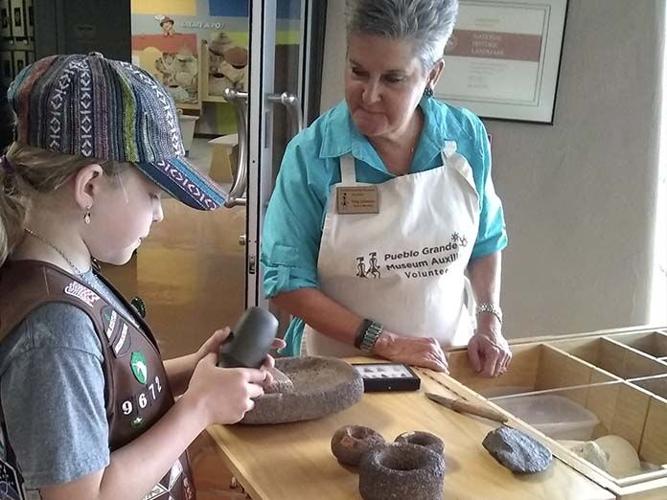 Artifact cart is a hands-on experience for guests.

Some 1,500-plus years ago, at the intersection of the complex canal systems that supported their ancient agricultural-based society on the Salt River, the Hohokam established a pre-Columbian village where families lived and flourished. Population estimates range from 24,000 to 50,000 people. Today, it’s the location of perhaps the least buzzed about Phoenix attraction.

On the southeast corner of 44th and Washington streets sits the Pueblo Grande Museum and Archeological Park, the oldest museum in Phoenix. For 90 years, it has safeguarded, preserved and taught about the earliest Valley of the Sun inhabitants.

“Imagine a large town approximately 1-mile wide and 1-mile long,” explains Scottsdale’s Lary A. Martin, president elect of the museum’s auxiliary, which raises money and recruits volunteers for the city-owned museum. He’s been a volunteer for 10 years.

“When I conduct a tour, I try to paint a picture of what life was like.”

An introduction video inside the main building serves as an exemplary way to learn the basics. Inside exhibits offer air-conditioned comfort as well as a children’s hands-on area. Special events range from Arizona Authors Storytelling and Craft Saturdays, to scientific lectures to the popular Indian Market on December 15 and December 16, and the 13th annual Navajo Rug Sale on November 2.

If hearing about the Hohokam isn’t enough, ancient life can be seen in ruins on the museum grounds. Visitors are treated to an indoor and outdoor experience, which impacts museum enjoyment in the sizzling days of summer. An umbrella helps walkers on the self-guided trail, which winds its way in a loop around the grounds.

The museum’s marquee item is a platform mound; only one of two remaining earthen mounds built by the Hohokam, the other being at Casa Grande. Covering 3.3 acres, the mound is thought to have had several purposes. Originally filled with trash, it was topped with caliche providing a base on which other structures were built. Many believe it was used as an observation platform that provided perfect views of games played on nearby large ball courts. One of the courts is on view. Visitors can follow the path to top of the dirt wall to look into history.

An addition to the ball courts, ancient houses are recreated as part of the 3/4-mile walk. Remnants of earliest Sonoran life include pit houses, aptly named because they are partly dug into the ground then were covered with roofs. A garden growing native plants like corn, amaranth and squash mimics original plantings.

Crops thrived because water played a vital role for Sonoran Desert inhabitants. The museum and park are at the headwaters of major canal systems that drew water from the Salt and Gila rivers. Planes landing at neighboring Phoenix Sky Harbor International Airport get bird’s-eye views of Pueblo Grande’s layout and water system.

Work is nearly complete on a bridge and gate at the canal, expanding the museum’s outdoor exhibits.

“Our Portal to the Past will attract pedestrian traffic along the Canal Scape to cross over physically and metaphorically and to walk in the footsteps of the Ancient Sonoran Desert People,” explains artist Zarco Guerrero.

His gate creation is “first in a series of art events to attract new audiences and supporters to the museum, while educating them on the vital importance of water usage.”

Unveiling is set for October with the official museum birthday celebration.

Operated under Phoenix’s Parks and Recreation Department, Pueblo Grande is also home to the city archaeologist, Laurene Montero. She is tasked with safeguarding remains and artifacts across the Valley. She works with construction crews of all sizes to ensure age-old items are given proper treatment. The museum is home to a large repository of archaeological discoveries. Pottery shards, tools, jewelry and even remains can be found by area builders.

Should any human remains be uncovered, the museum follows the guidelines of the Native American Graves Protection and Repatriation Act (NAGPRA). Since 1990, all remains found are repatriated directly to affiliated tribes.

“We are currently in consultation under NAGPRA for several of our human remains,” explains Nicole Armstrong-Best, museum director.

A wide variety of lectures, hands-on crafts for all ages, and other special events are on the museum’s calendar. Check to see what is happening before going, because very young children might find a nonevent day rather difficult. Spending 90 minutes to two hours will allow a comprehensive museum experience.