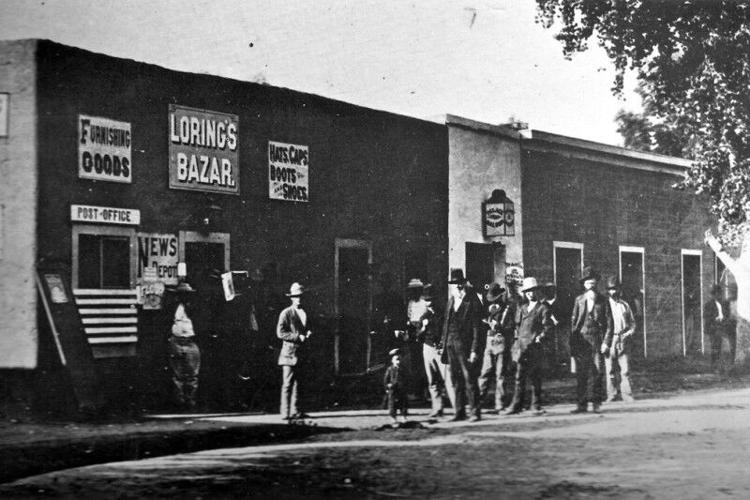 Washington between 1st Street and Central in the early 1880s. After the railroad arrived, this would all change very suddenly, and the old adobe buildings would be left behind. 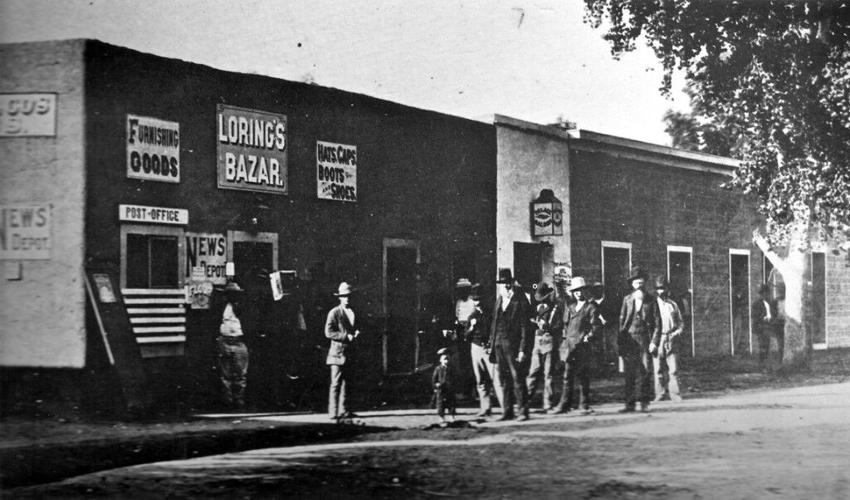 Washington between 1st Street and Central in the early 1880s.

Long-time Phoenix residents will agree that the city changes frequently; old buildings are regularly torn down and new buildings spring up. People who grew up here, or even stay for a few years, see this cycle over and over again.

At the risk of sounding poetic, Phoenix does resemble the legendary Phoenix Bird, which sees a rebirth from its ashes over and over again. That rebirth tradition goes almost back to the beginning when Phoenix lacked one crucial ingredient.

Time-travel with us to the 1870s. Phoenix was platted (“planned” or “mapped out”) in 1870, and the town grew right away. It promised the things that people wanted, like cheap land and, well, cheap land. Plus it provided a steady supply of water from “Swilling’s Ditch,” the canal that ran along Van Buren. Also, it boasted — let’s see — oh yeah, cheap land.

However, no railroad existed. And without a railroad, it wasn’t easy to transport building materials to Phoenix. The rivers didn’t flow enough for ships, and hauling material by mule train was expensive.

Instead, the citizens scrounged materials from the immediate area. Most builders made adobe houses that used mud reinforced with mesquite, cactus, rocks and anything else they could find. If you had a LOT of money, you could bring in some timber from up north, but not much of it.

In fact, some of the pre-1887 buildings looked so crude — just mud, rocks, and a little bit of timber — that after the owners abandoned them, later citizens confused them with relics from past centuries.

Then on July 4, 1887, the railroad arrived (thanks to the “Phoenix Junction,” which later became the town of Maricopa) and everything changed.

Building materials suddenly became much cheaper (although they were still expensive!) and buildings made of brick started to pop up. The old adobe houses were abandoned or knocked down — which didn’t really take much; they tended to melt in the rain.

If you lived in Phoenix before 1887, and went away for a few years, your city would be almost unrecognizable when you got back. Kind of like the Phoenix of today.

Interested in the history of Phoenix and the Valley of the Sun? Check out more of our history articles.